Danny Graham is officially Europe’s most lethal finisher after collecting the European Golden Shoe award today having amassed a score of 54.00 from his 27 league goals. Although Graham finished on equal points with second-placed Fernando Llorente of Athletic Bilbao, the award was presented to Graham because he accumulated the points in fewer matches, the lowest-winning score since 2007. Atletico Madrid’s Colombian striker Falcao came third with 52.00 points. Graham is the first Englishman to win the award since Kevin Phillips, then of Sunderland, in 2000.

Danny Graham has been valued at £27.5m by Swansea City after a recent enquiry by Borussia Dortmund. Llorente is set to join AC Milan when the transfer window opens after rejecting a new deal at Bilbao. Three-times winner in the last four seasons, Lionel Messi, scored 44.00 points. 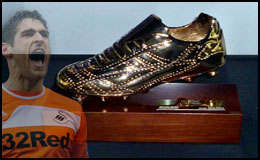 Group A has concluded its three rounds of fixtures in the U-20s Toulon Tournament, with hosts and favourites France taking a 100% record into the semi-finals where they’ll be joined by Chile, Switzerland and holders Mexico. Switzerland and Mexico play each other tomorrow to determine who wins the group. The invitational tournament is often considered the best opportunity for young international talent ahead of the UEFA and FIFA championships being held this summer. 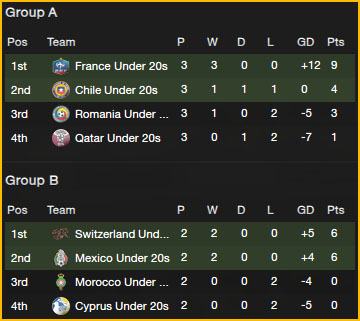 Liverpool have made a bid of £21m to activate the release clause of want-away French U-21 winger Antoine Griezmann, who is transfer listed by request at Real Sociedad.