Croatia held their nerve to reach their second-ever Semi-Finals by beating Japan in first penalty shootout of the tournament so far in Brazil. Sevilla striker Hiroshi Ibusuki was heartbroken after missing twice from the spot in the space of ten minutes.

Croatia took the lead three times in the match, but found themselves pegged back each time. Here’s how it all unfolded:

Croatia will play the winners of Italy v. Germany in the Semi-Finals. 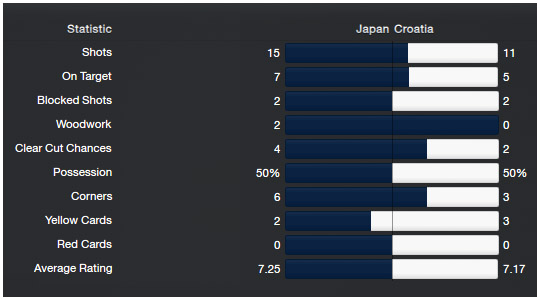